Are you a compulsive eater? Control your cravings: consume cinnamon as part of your daily diet! 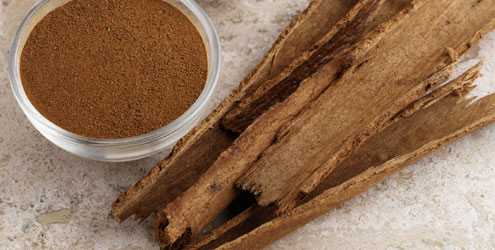 Studies show that consuming ¼ of a cinnamon stick or ½ teaspoon of cinnamon in powder daily slows digestion, which in turn reduces eating compulsion says Andrea Naves, from in an interview to the Brazilian magazine CLAUDIA.

She teaches an easy and healthy recipe option to include in your diet:

Remove the seeds of an apple and put in an oven.  Add 1 tablespoon of honey in the whole of the apple and 1 stick of cinnamon. Then pour a bit of wine and leave in the oven for 10 minutes.

Ok I really like this post, except that I wouldn’t add wine to it, but this is a question of taste, you can do it this exactly way if you like! I especially like this post because I always suggest my clients to consume cinnamon to control their sugar cravings! I usually suggest a cinnamon tea: you boil a stick of cinnamon and drink! It really works to control your cravings for sugar! And for those who love deserts I often suggest an option of squeezed banana melted with cinnamon powder: simply yummy! Try them and let me know what you think!

Email ThisBlogThis!Share to TwitterShare to FacebookShare to Pinterest
Labels: weight